My own family was sparse, a combination of sickness and other engagements. But the brothers and spouses and nephews and nieces and grands had a good time visiting, playing flag football, singing hymns, and eating abundant food. I gained 5 pounds in three days even with the activity. (1) Our topics of conversation range from engineering concepts to raising children to nature to Scripture to culture and many other subjects in between. 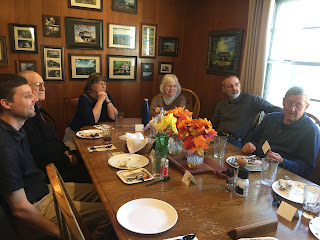 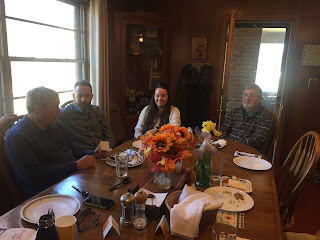 Spouses, in-laws and plenty of children. My brother has grandchild #15 on the way in a few days. 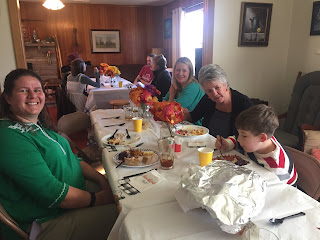 Three grandchildren and a friend 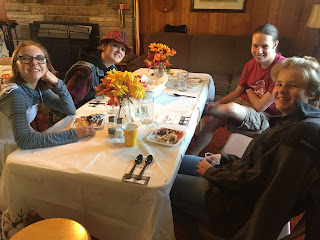 My son-in-law and oldest granddaughter were the only representative besides my wife and me. 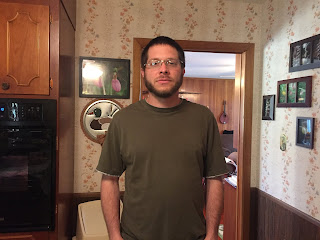 My brother's grandchildren range from 25 down to 2. 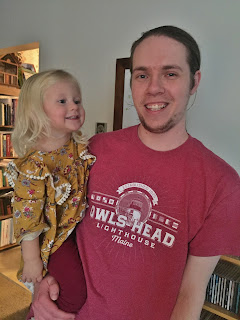 Every time we get together they want to take a picture of the four of us. I figure it means someone thinks we may not be together too much longer. I guess we can't last forever, but we are doing OK for now. (2) 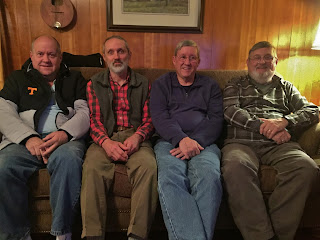 Our tradition is a day after hike for anyone willing and able to go.
The beginning of the hike was unimpressive. The trail went through some hedge snarled young second growth and along a road mostly just out of sight of Tellico Lake. Then it went up a gentle slope into an area of low underbrush with a mixture of dying Eastern Redcedars and numerous Dogwoods. Though I took some notice, the conversations and catching up with family and watching my brother's grandchildren run and laugh occupied my attention. 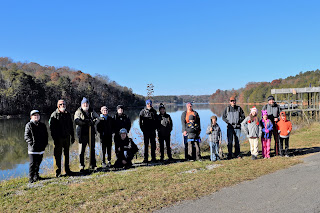 Besides discussing the foibles of children and the beauty of the day, we talked about Lego bricks. Can you guess why? 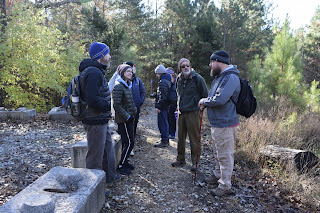 When she crawled up onto the log I rushed over to sit beside her. She has a good heart and reaches out to other children who are left out. 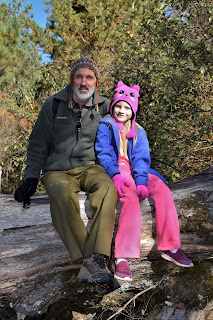 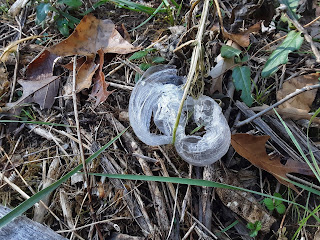 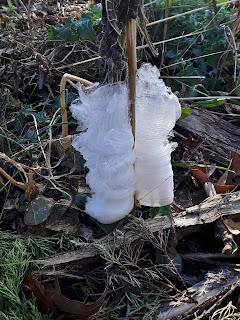 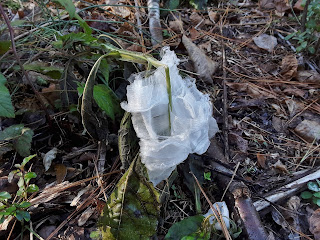 There is my sister-in-law with my granddaughter by a large red oak. 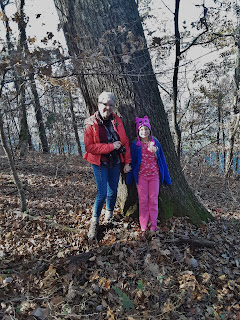 Cousins enjoyed time together and were fascinated by things like Shagbark Hickory bark. 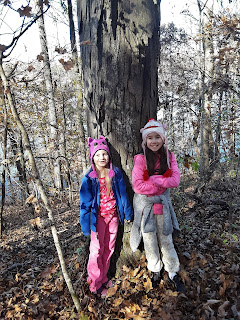 In preparation for the wet season, TVA lowers the lake levels. 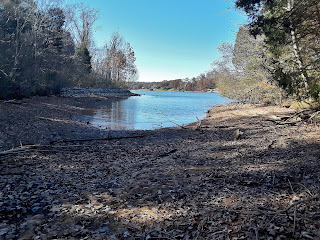 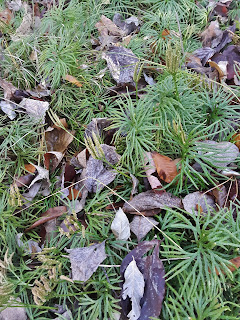 Basswood is not a common southern tree 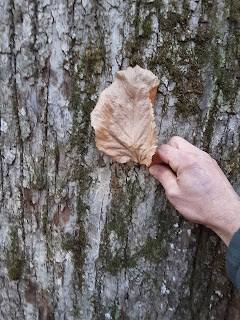 I can't place what these are, but I think that they are not edible. 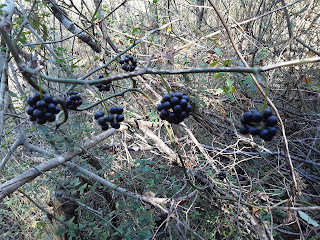 Taking a break and enjoying the sunshine and company. 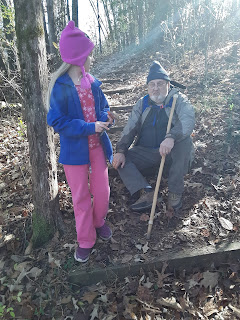 Look closely at the pine cone. You can see two mushrooms and the mycelium extending into the cone. 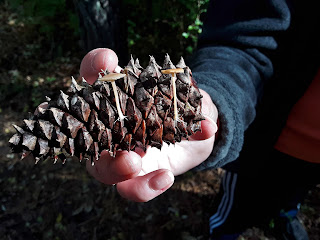 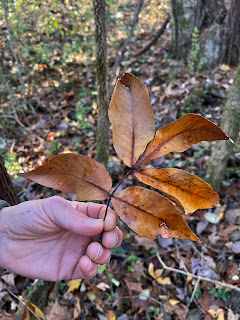 I don't why they built this bridge here. Yeah, I see the creek, but the bridge is drastic overkill. 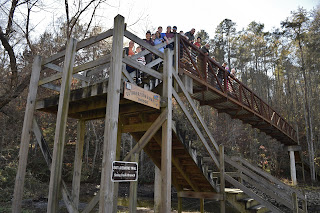 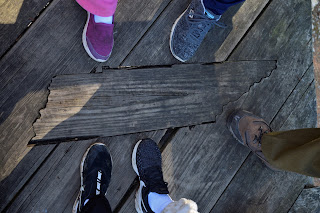 The reflection is better than the scene. 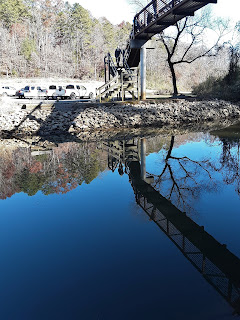 We are so blessed with family and God's provision of all that we need. We should make a habit of thanking Him more than on holiday of the year.
1 No worries. As of this writing, from hard work out in the cold I have already dropped 3 pounds.
2 Many of the pictures in this blog entry were taken by my sister-in-law so she doesn't always show up in the record of events. But I caught her a few times.
3 Elusive 'Ice Flowers': A Natural Phenomenon // Missouri Environment and Garden News Article // Integrated Pest Management, University of Missouri