Hands On and Gray Fossils

What do you do when the grandkids come to visit? You can't just sit around the whole time. So, we went to the Hands On Museum and Gray Fossil Site. Notice that the sign is made of fake limestone with Mastodon (1) bones embedded. 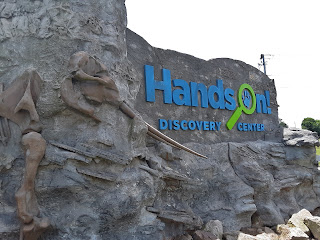 There was a another "sign" in the form of a pictorial brick relief trifold with fountain just outside of the main entrance. My granddaughter thought it was cool, just as I thought the labeled rock garden on the other side of the entrance was nifty. Frequently, rock samples in the classroom are too "perfect" and too small to give the student a real visual and tactile feel for what the rock is like. 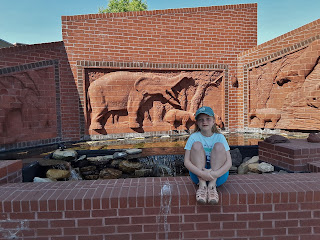 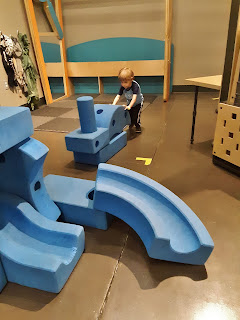 A Hands On Museum is too engaging to remember to take pictures, but I did get a few outside. One worker said that Max, the Tri-color Blackbird is a regular visitor to the building's balcony railing. 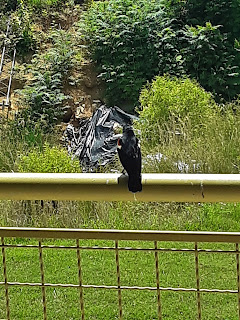 There was a very nice wildflower garden. I think the flowers and trees were native, but the Bald Cypress are only native to the western part of the state, so I don't know if other plants were "regional natives" or East Tennessee natives. 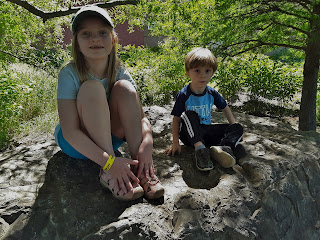 There were a few blooms in the late Spring heat. 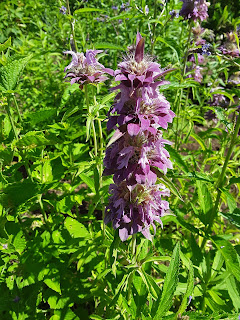 Their mother took a picture with the old fossil on the limestone with the youngin's. 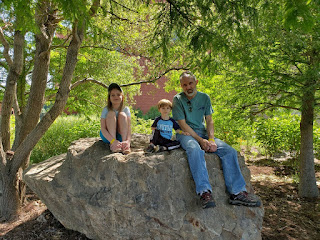 Mamaw and Mom got involved in the Hands On activities, too, with stencil drawings. You could also color animals, scan them, and they would come up on an animated video screen. It had the cool factor but needed a more well thought out educational component. 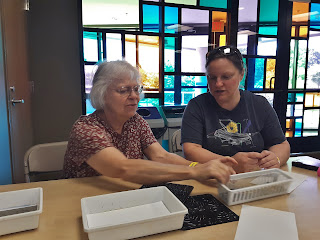 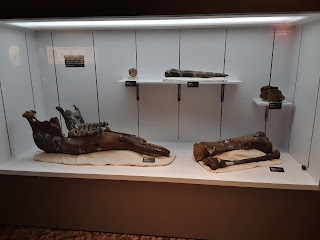 Seeing actual fossils instead of replica copies is nice, and these were all found on site at Gray, TN. 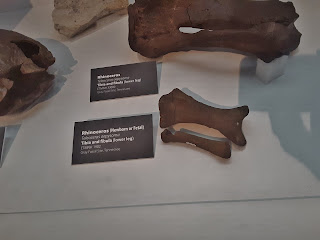 Everyone liked the sandbox contour map. 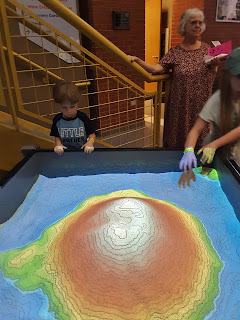 It looks like we have made an exploded volcanic island. 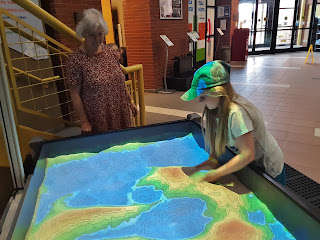 Mom got involved, too. 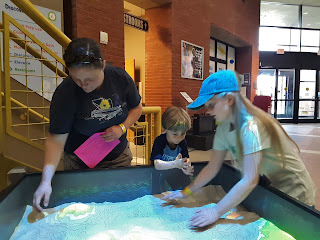 Even Grandpa had to get involved. 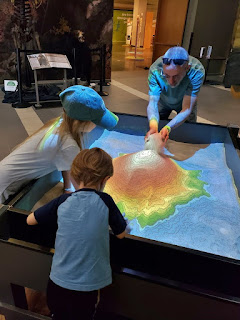 The children and I completed the castle of the last generation (some previous children). 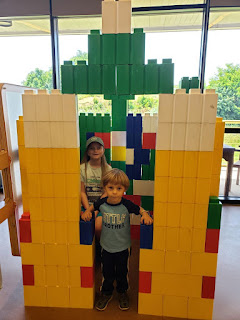 One the playground day, Little Man was cruising around from on venue to another. 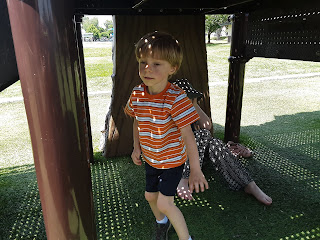 Left in his wake was big sister, who needed a little time out of the sun. 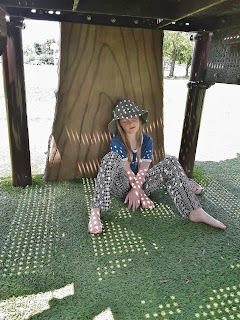 Grandkids keep you young and active if not tired at the end of their stay. We enjoyed our time together and learned quite a bit about fossil digging and preservation and habitats. It must have been quite the Flood that collapsed that sinkhole trapping Mastodons, tapirs, and over a hundred species of plants and animals in that deep little pond.
1. https://arstechnica.com/science/2021/12/a-fossil-site-reveals-an-ancient-sinkhole-and-its-enormous-occupant/