The 2 x 10 double beam warped dangerously. The joists were set to fall. The owner was aware that the railing was leaning in, but he had no idea that the joist ends were ready to fail. If he had had a party with neighbors and friends, then someone might have ended up in the hospital. 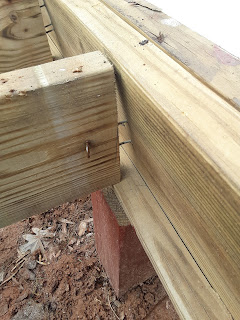 I am not real partial to the red oxide color, but it was functional and fairly ubiquitous in the past. The posts were fairly rotten and not good to build upon. The joist were decent but probably half of their lifespan completed. It would have been hard to simply replace the beam, and they would still have an old deck. 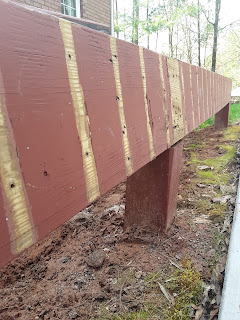 The new deck was just a bit smaller with the bevels and steps the full length of the front that would just reach the concrete pad around the recently installed swimming pool. The concrete had been poured within a few inches of the old deck, but the owners wanted more swimming pool skirt and less deck. 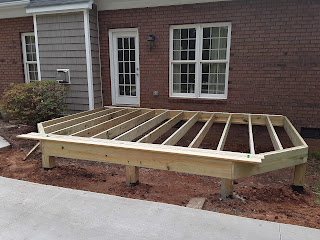 The decking boards always give the appearance of great progress in the build. 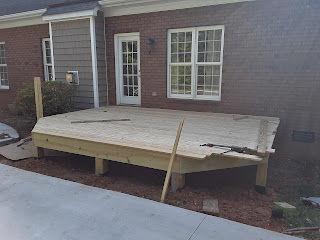 This build was split up due to a five week commitment that I had out of town. To prevent the hot sun from overly drying out and cracking the floorboards while I was away, I stained what I had completed before I left. The owners wanted the deck to match a covering (gazebo?) on the wider end of the swimming pool skirt. 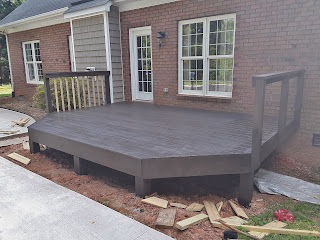 The bevels required an outlet to be moved. 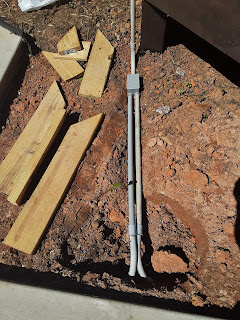 They also required some additional concrete onto which the steps were to land. 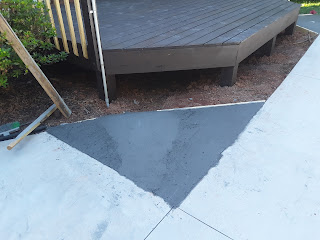 Those pesky bevels increased complexity at every turn. (1) 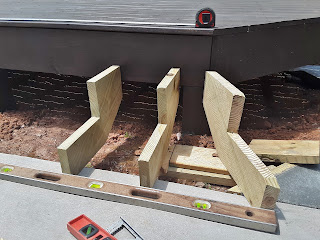 The end result was satisfying and met the owner's wishes. 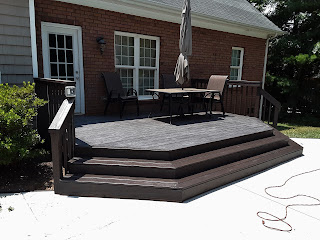 A few detail shots of custom fits are in order. 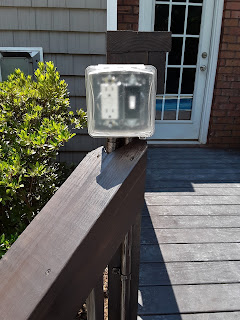 Besides the look, the stair railings will be useful for anyone who needs them. 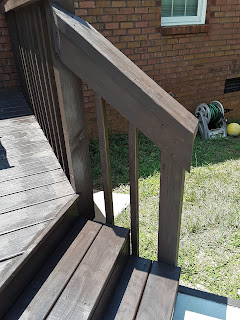 The concrete forms became trim work and the underground wiring still needed and an access point. 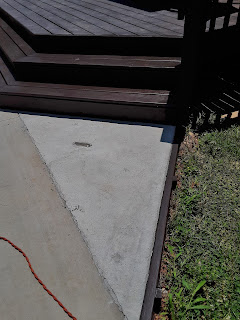 I also replaced a crawlspace access door that was rotten. It was a challenging job with agreeable clients. I thank God for the skills, energy, tools, encouragement, variety of jobs, and money made to pay bills. It's a classic win-win situation.
1. Sad pun
Posted by leon at 2:37 PM