I appreciated how the National Park Service represented the surrender and interactions between Grant and Lee and all of the troops at Appomattox. Based on Lincoln's sentiments, the surrendering combatants laid down the arms and were given a parole pass to go home. Since they were farmers, Grant allowed them to take their horses, too. Following is the rebuilt courthouse after which the town was named, this one being constructed in 1892. 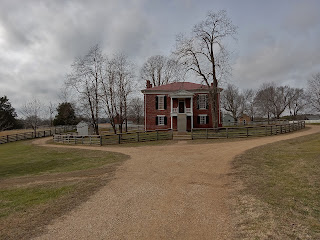 It is interesting that mementos of the surrender were still being passed around in 1908 and beyond. 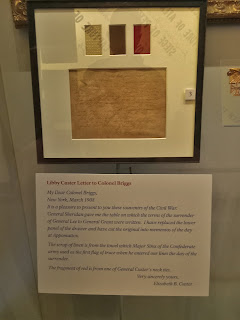 I am amazed at how little war medals have changed. My father's medals from WWII look very similar to these. 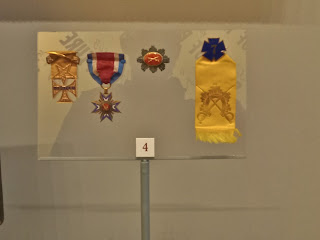 How did that get through so much battle without a hole in it? 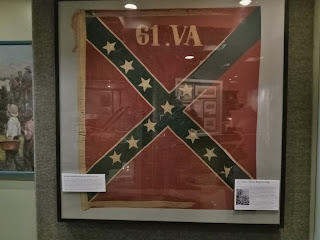 A stolen bit of history: 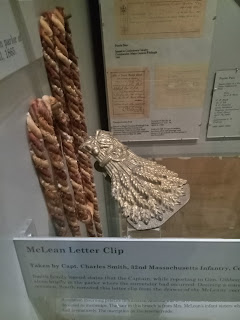 Even ceramic candle holders that were in the room were considered significant. 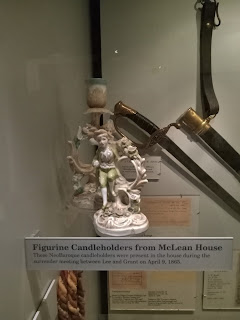 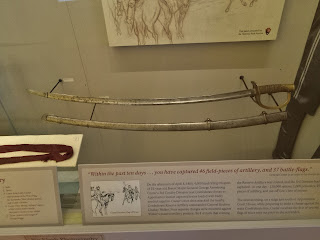 The lanes are no longer muddied, manured, and bloody, but the history oozes out of the surroundings. 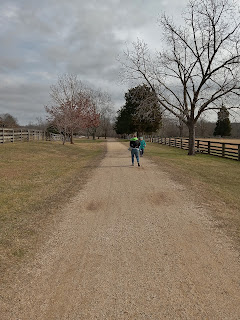 The jailhouse is one of the original buildings. The second and third floors have bars in the walls, floors, and ceilings. 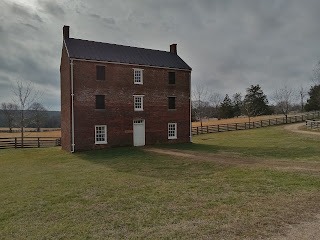 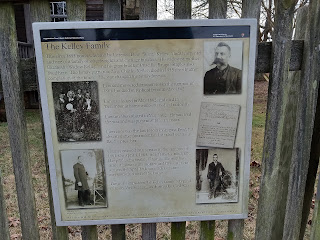 Can you imagine raising five sons and presumably daughters in a house this size? 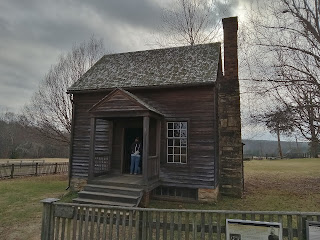 The only civilian to die in the Appomattox battle was an enslaved girl who chose to stay in this house. 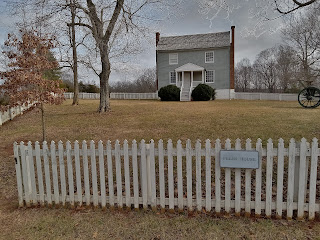 In the tavern they set up hand crank printing presses to print 22,000 parole passes. 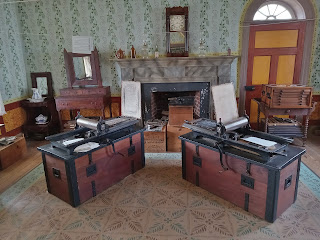 Hanging out with my two little buddies at the store. 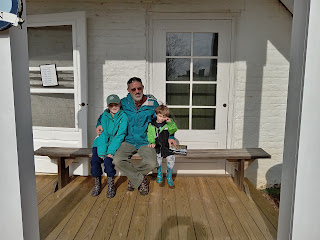 Growing out of a stone wall 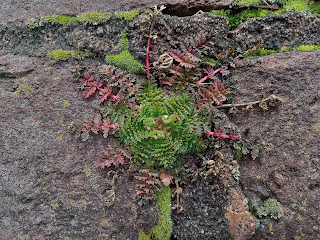 The Mclean House where Grant and Lee along with their officers met in the parlor to write surrender concessions and sign the ending of hostilities with the Army of Northern Virginia. I regret that I didn't get a picture of the parlor, but you can Google paintings that accuratedly show the positions of each person and the furnishings of the room. 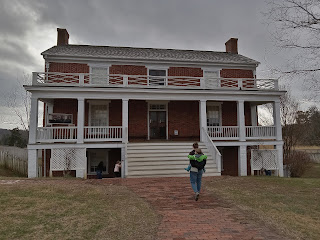 Most of us were happy! 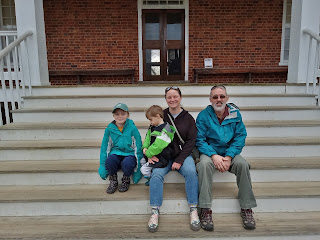 If you know me, then you will know that I am fascinated by wood. The top of this bench is made of two boards, one about 4 inches wide and the other about 12 inches wide. They are about 21 feet long and a solid inch thick and there is not one knot on the whole thing. The sister bench did not have as pretty of grain, but it was also without a single knot. I dare say that no such tree exists now. 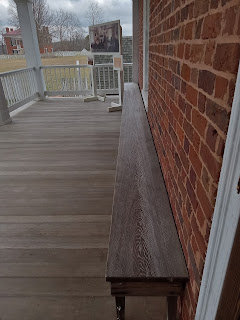 Speaking of trees, here stands a Southern Red Oak. I noticed that it was rather large, being over four foot in diameter. I wonder if it could have been there during the Civil War. I think someone else thought so, too, because it had about a half a dozen bolts through it to try to prevent splitting, since it has evidence of a rotten core and a major split in the trunk. 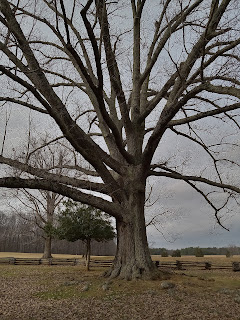 About a year later, women had bodies of fallen soldiers randomly buried, reburied in this memorial cemetery. 18 were Confederate and one was Union. 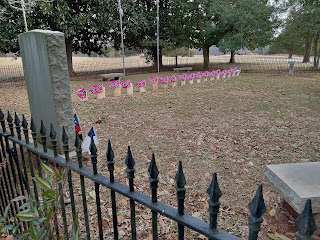 At the time of the battle and surrender, there were about twice as many structures as are found in the town now. 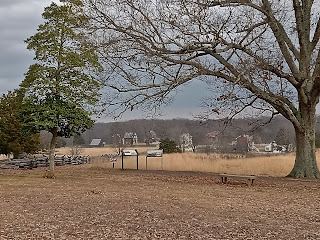 The two leading generals tried to set a conciliatory tone for the cessation of aggressions. Civilians should have followed their lead and laid down bitterness. Many of the opposing soldiers showed each other honor then and in years to come. Had these sentiments been more widely shared, the strife in the nation would have subsided and brought more peace to the nation. Tensions prevailed between North and South, White and Black, even up until now.
After we arrived back at the house, did chores and ate supper, we burned a brush pile in the fire pit in their backyard. It was a good ending to a reflective day. 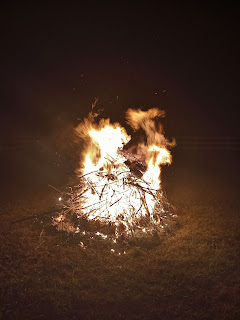