There were numerous young Buckeye trees blooming along one stretch of the riverbank. 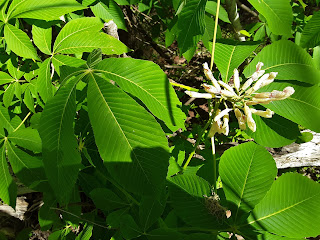 For about a week the Carolina Silverbells bloom. I've never seen a large one of these and think they may not be much more than bush. The Mountain Silverbells are another story. On wind protected NE slopes in the mountains they can grow two foot in diameter and well over 75 feet tall. 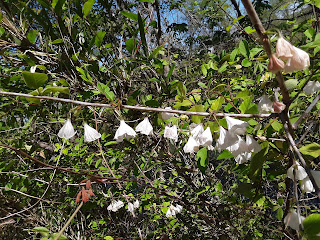 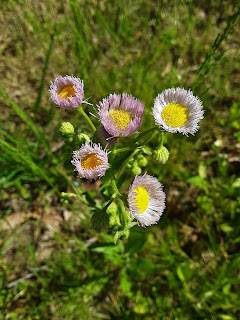 If you say aster you will be right the majority of the time, and even more right if you say the color:
Yellow Aster. It may be Golden Ragwort. My wildflower expert sis-in-law could tell you without a second look. 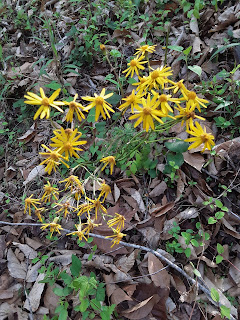 The leaves give this away as Foam Flower. 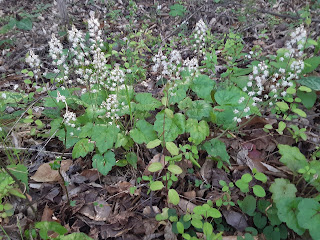 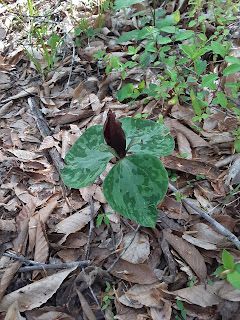 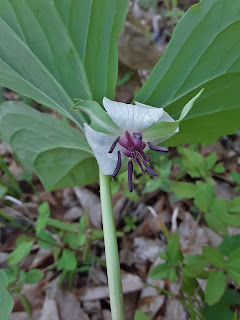 Before I saw the flower, I almost mistook it for another Mayapple among the several hundred in the patch. Further inspection revealed perhaps a dozen of these beauties. 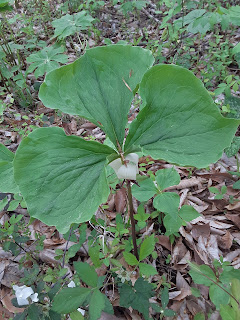 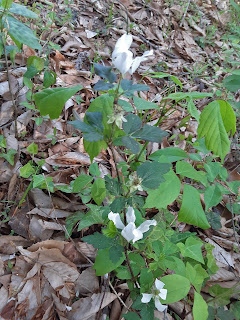 Doghobble hanging near the water. 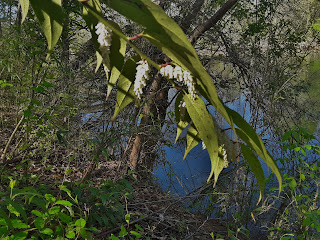 Raccoon tracks impressed me as well as the bank. 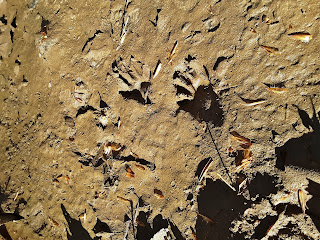 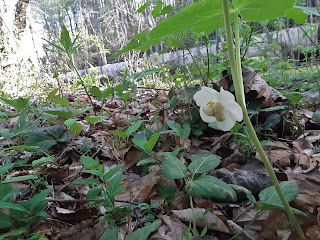 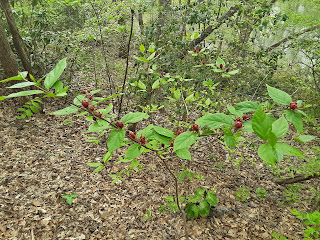 These tracks are larger and were impressed by the Great Blue Heron that glided away as I approached. 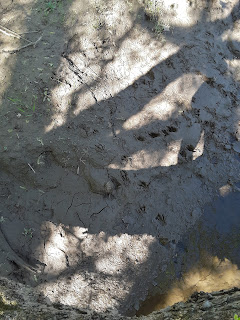 How a tree can collapse with the riverbank and still live is amazing. A third large branch supports the "top end" on the river bottom. I guess it "top" gets more sunlight now that it is out in the river beyond competition from the other trees. 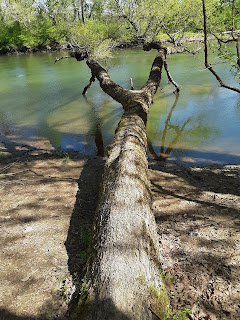 The trunk afforded a good view as though standing in the middle of the river. This flowing sinew moderates the winter and summer temperatures, ensures that no plant along its bank is ever without a good watering, and enrichens the soil with periodic floods of raised sand banks and mud. Mostly left alone, the wildflowers have returned and flourished on its bank along our local Greenway. Living things want to live and thrive as they were created to do by their Creator. I enjoy them doing so, glorifying Him who also sustains you and me. 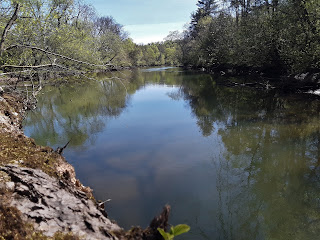